If we look around, everything is done in a specific order. If you build a house, you don’t start with the roof. And not only that you start with the foundation, but the overall construction phase depends on other steps mandatory to be done even before, like preparing blueprints, getting necessary approvals, etc.

It works the same for every project. There is no step or task that can be done isolated without any impact on others. Each activity relies on the output of another activity and produces itself an output that contributes to the end result of the project.

And it’s the Project Manager’s role to understand dependencies and to define a clear plan before allocating resources on the project.

What are project dependencies?

Project management dependencies play an important role in project planning as they define the relationship between tasks or activities. To be more specific, the relationship that determines the order in which tasks are carried out. Each task requires an input from other tasks to be completed and thus there are several logical sequences to a task making them all dependent on each other.

When managing small projects, the dependency relationships are relatively simple too. But when complex projects are on your plate, carefully monitoring the dependencies throughout the project and communicating them to the team is very important as getting a dependency wrong usually causes delays.

Many sources (PMI included), identify 4 types of dependencies that can exist in a project workflow:

In the relationship between tasks (also called tasks dependencies), there are always predecessors and successors. When you create a dependency line between several tasks, always start with the predecessor as it establishes the start date of its successor task. And bear in mind that a task can have multiple predecessors and / or multiple successors.

There are 4 main types of tasks dependencies:

When a project is complex and contains many tasks that depend on the completion of others, it’s quite difficult to manage and analyze the project. That’s why elapseit make it easy for you to create and visualize tasks dependencies and thus to avoid bottlenecks.

Whenever you create a task, you have the possibility to select a dependent task. The relationship type will be given by the tasks start and end dates. For instance, if the new task has to end before the dependent task, then it’s a predecessor. You can check here how to create a task dependency in elapseit. 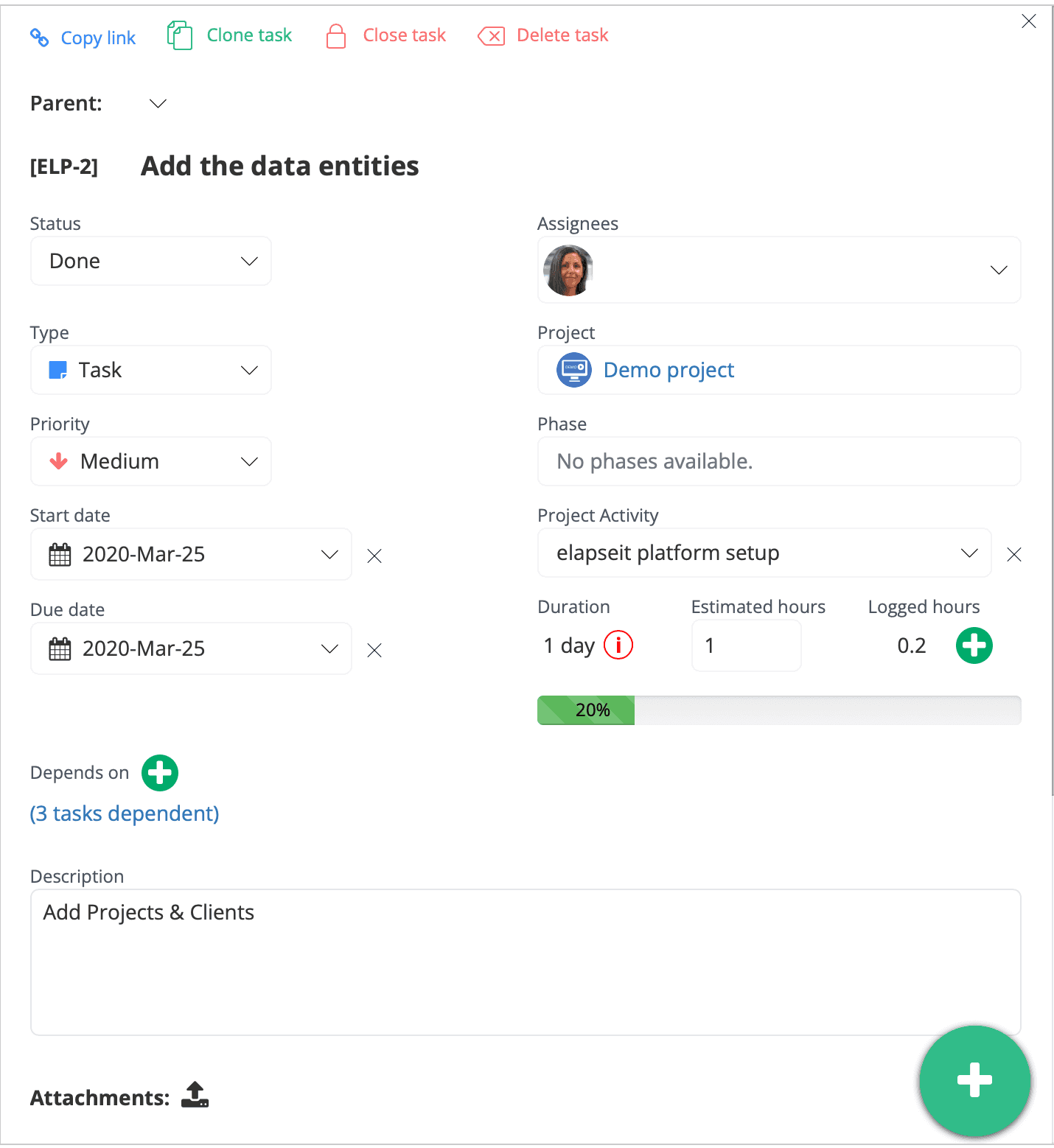 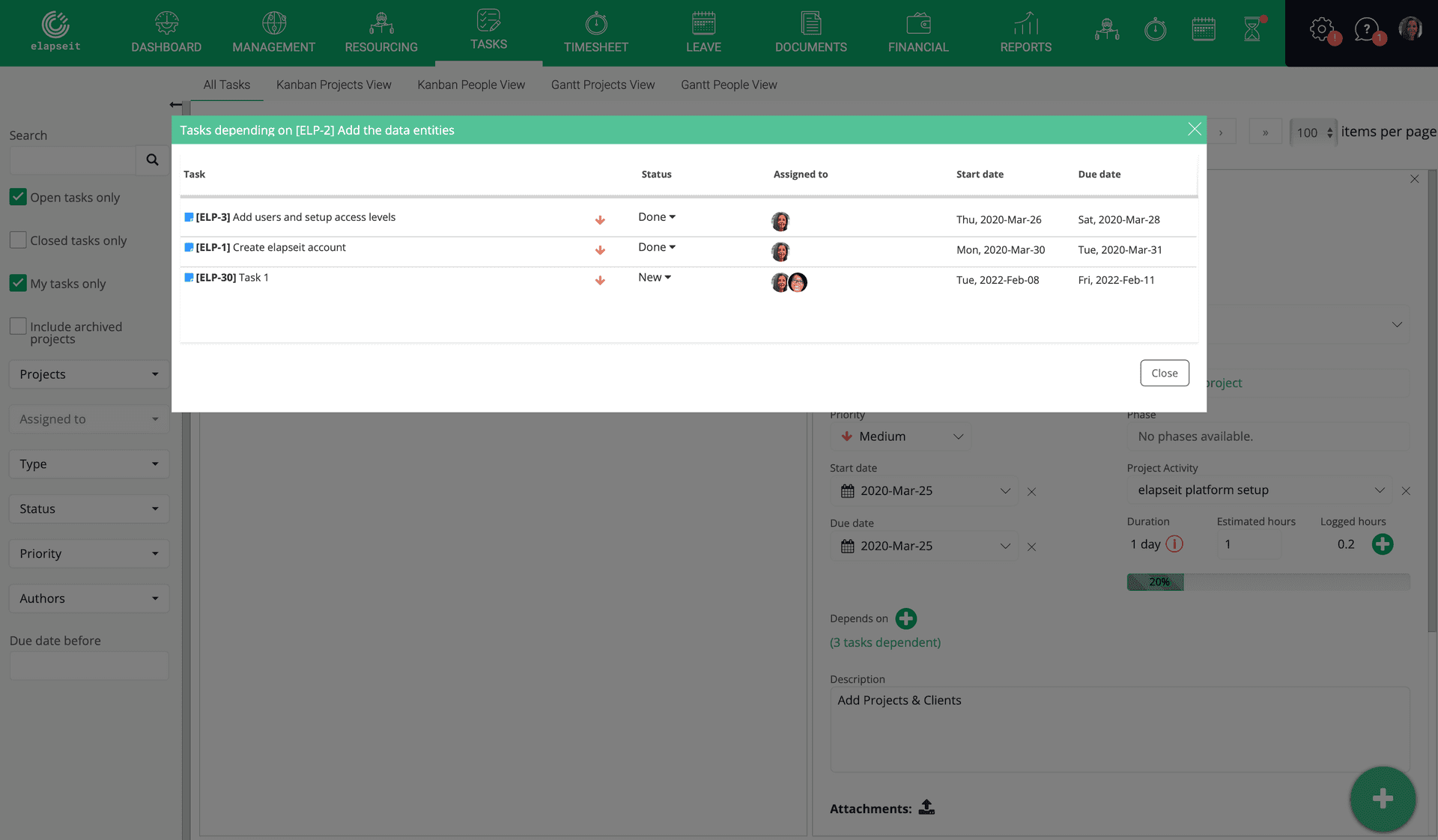 After creating all dependencies, just go to Gantt views (either Project or People) where all relationships are displayed in your project scheduling. And don’t worry if you missed something when you introduced new task. You can create dependencies directly in the Gantt views. Changes in tasks dependencies can be done here too. 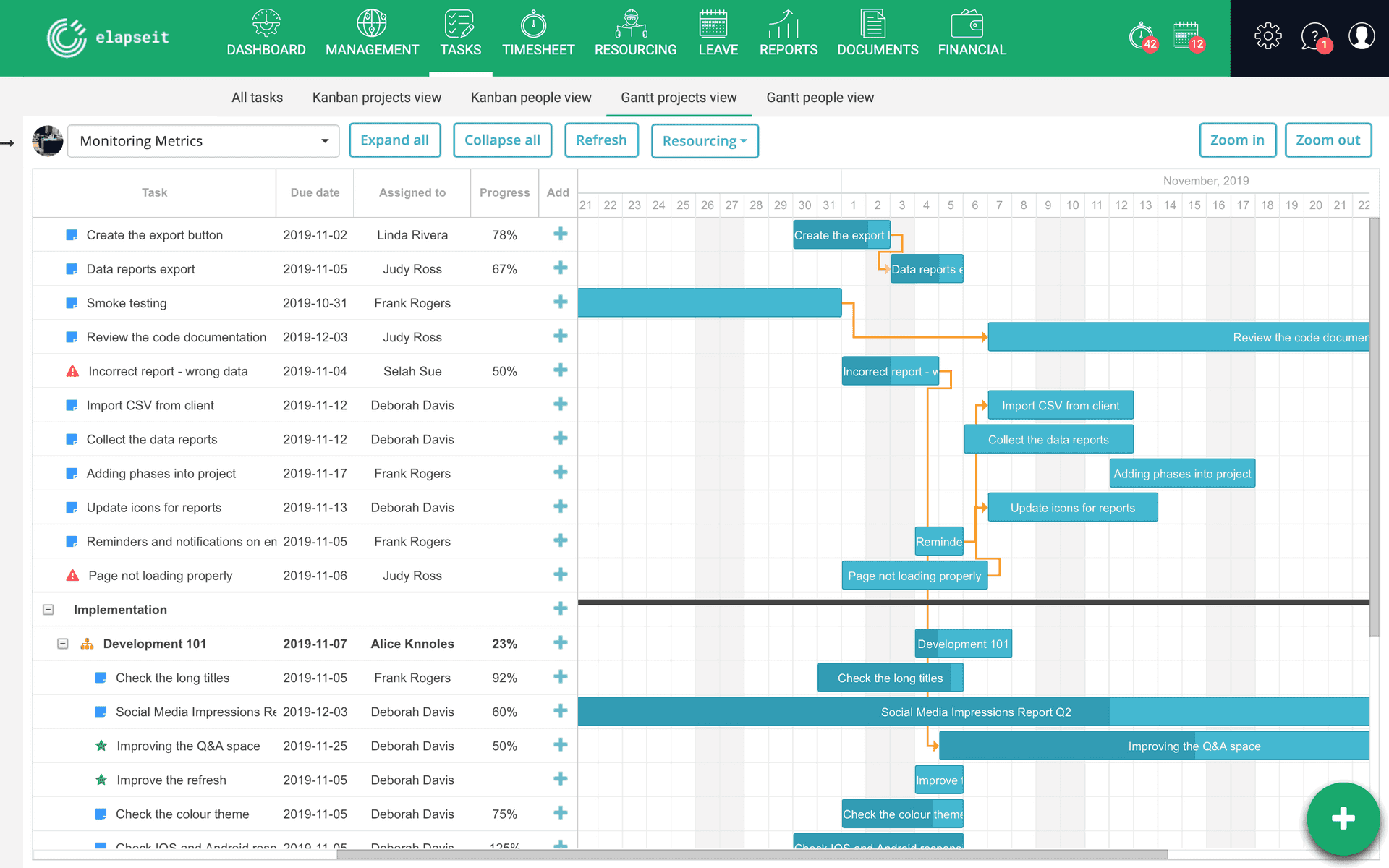 To conclude, setting dependencies between tasks plays an important role in planning and scheduling projects. Don’t skip this step as it might have a huge impact on the project’s success.